NVMe and the New Build

Hitting the end of the line with an old workstation

I have written about an Ethereum mining rig I built on top of a refurbished HP Z800 workstation. The workstation's BIOS dates to 2013 but I did not have issues with newer RAID and GPU cards. I finally hit the end of the road when I tried to add a Samsung 850 Evo NVMe card mounted on an M.2 bracket card for PCI Express. 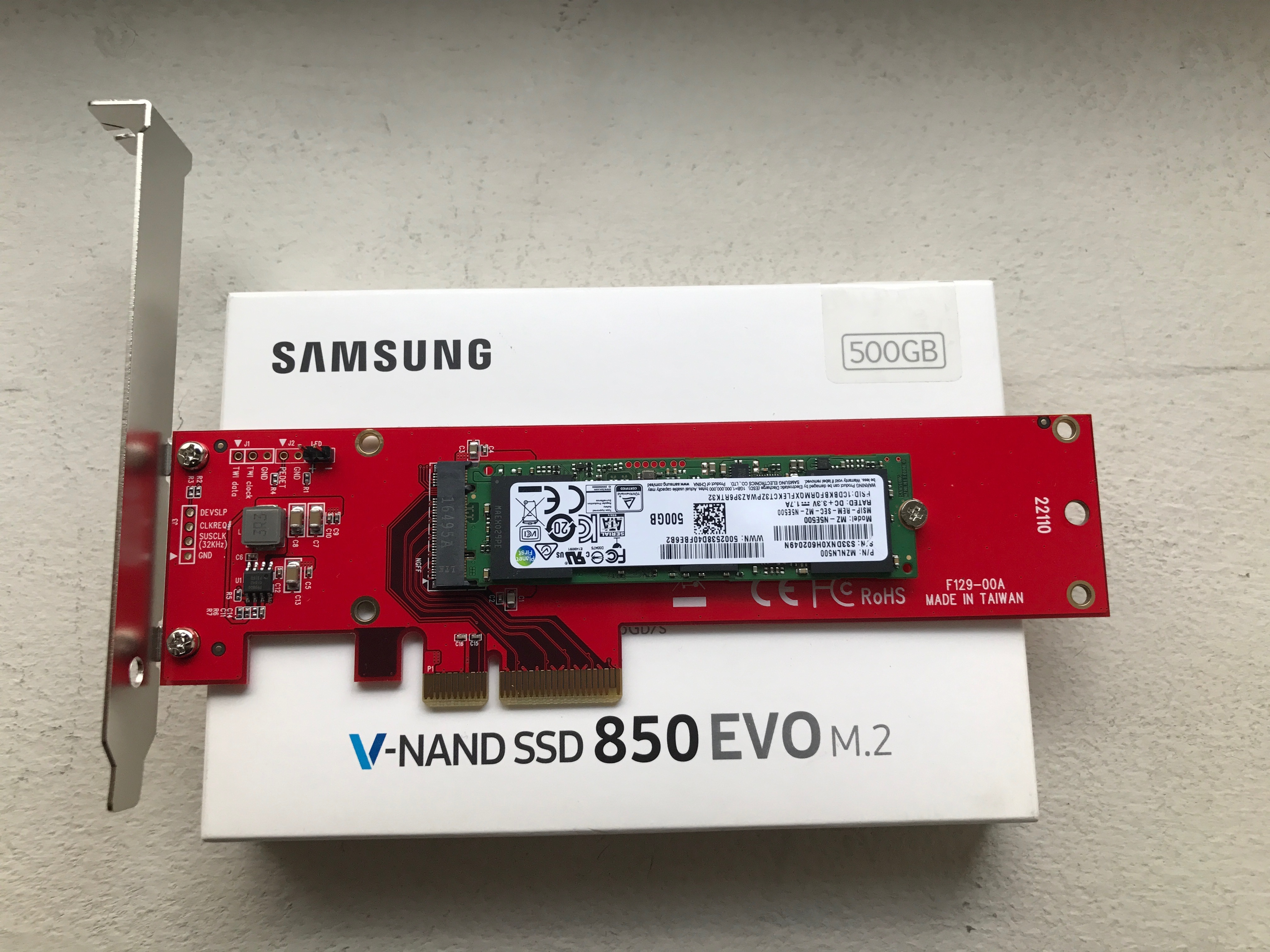 The drive itself is the chip in the middle of the red expansion card: you just insert it and secure with the screw on the right side. Newer motherboards support the M.2 connector directly so you can just insert the chip directly and use it as a bootable drive, but I thought that with the PCIe adapter I could at least use it in the older machine -- as I had found reports of people getting it to work.

A little bit of Googling is a dangerous thing

On the HP discussion board someone reported getting this exact configuration to work, as well as another post on Tom's Hardware.

Unfortunately I missed a detail. The first post was talking about an example with the (newer) Z600 and the second about the Z800. Furthermore, the latter was mostly focused on issues about not being able to use NVMe as a bootable drive, and the working cases were in reference to SATA connected SSD, not NVMe M.2. i.e. just dropping it into the PCIe slot won't work.

I installed the NVMe card along with a WiFI adapter, a Rosewill 802.11a card, intended to replace the Powerline network adapters I use to connect the server to the router upstairs: 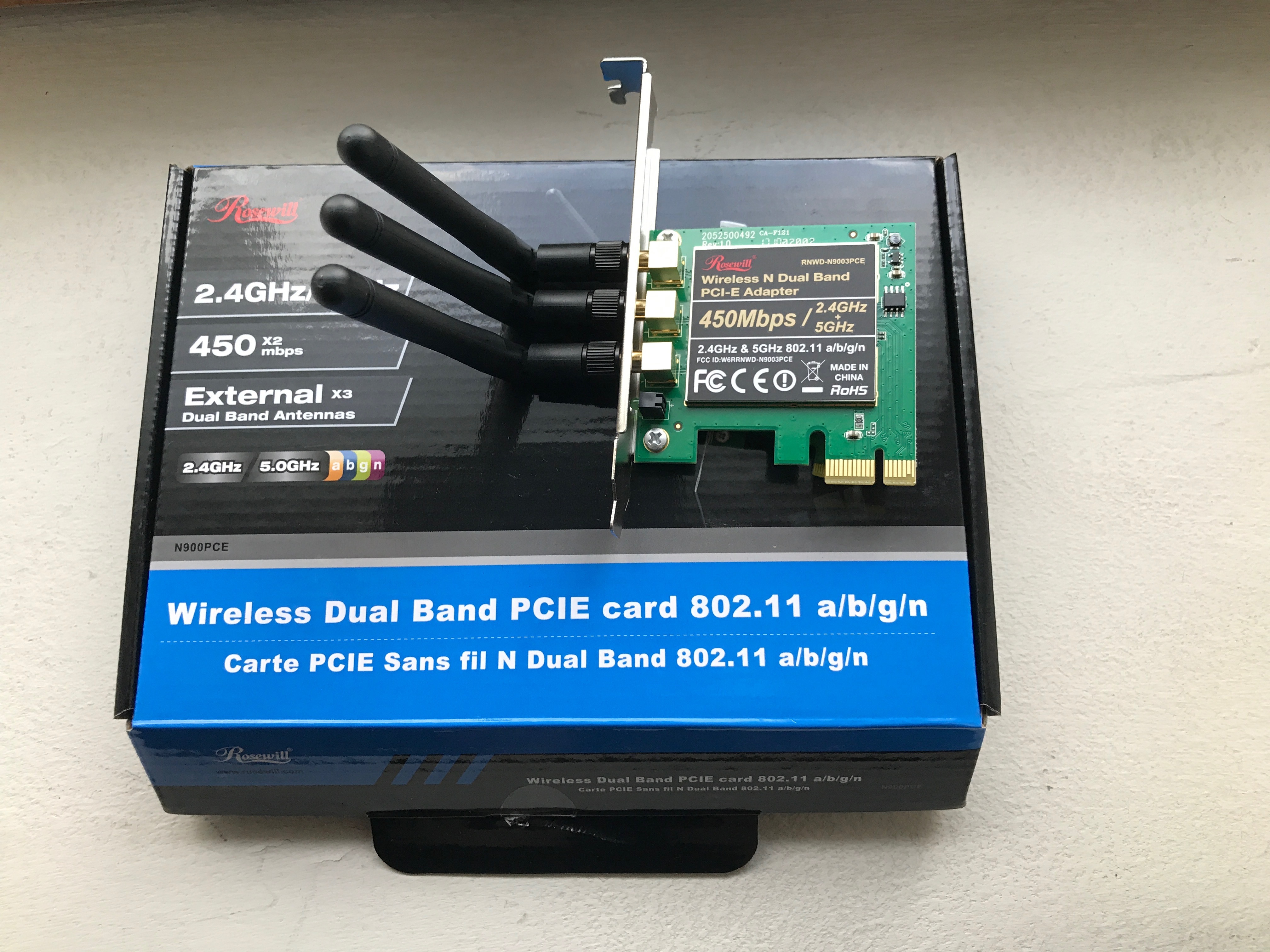 The latter worked first try, and so I started looking around at resources for NVMe on Linux after upgrading to the latest Ubuntu 16.04 LTS. No joy: lspci and nvme list both showed nothing. I remembered that a while ago I had switched the hard drive controller to IDE mode, so I tried changing that. Nothing. OK, maybe it's the PCIe slot, or another board; I had recently revived the box after discovering that one of the two big NVidia boards was fried, and the box had an almost full complement of expansion cards: 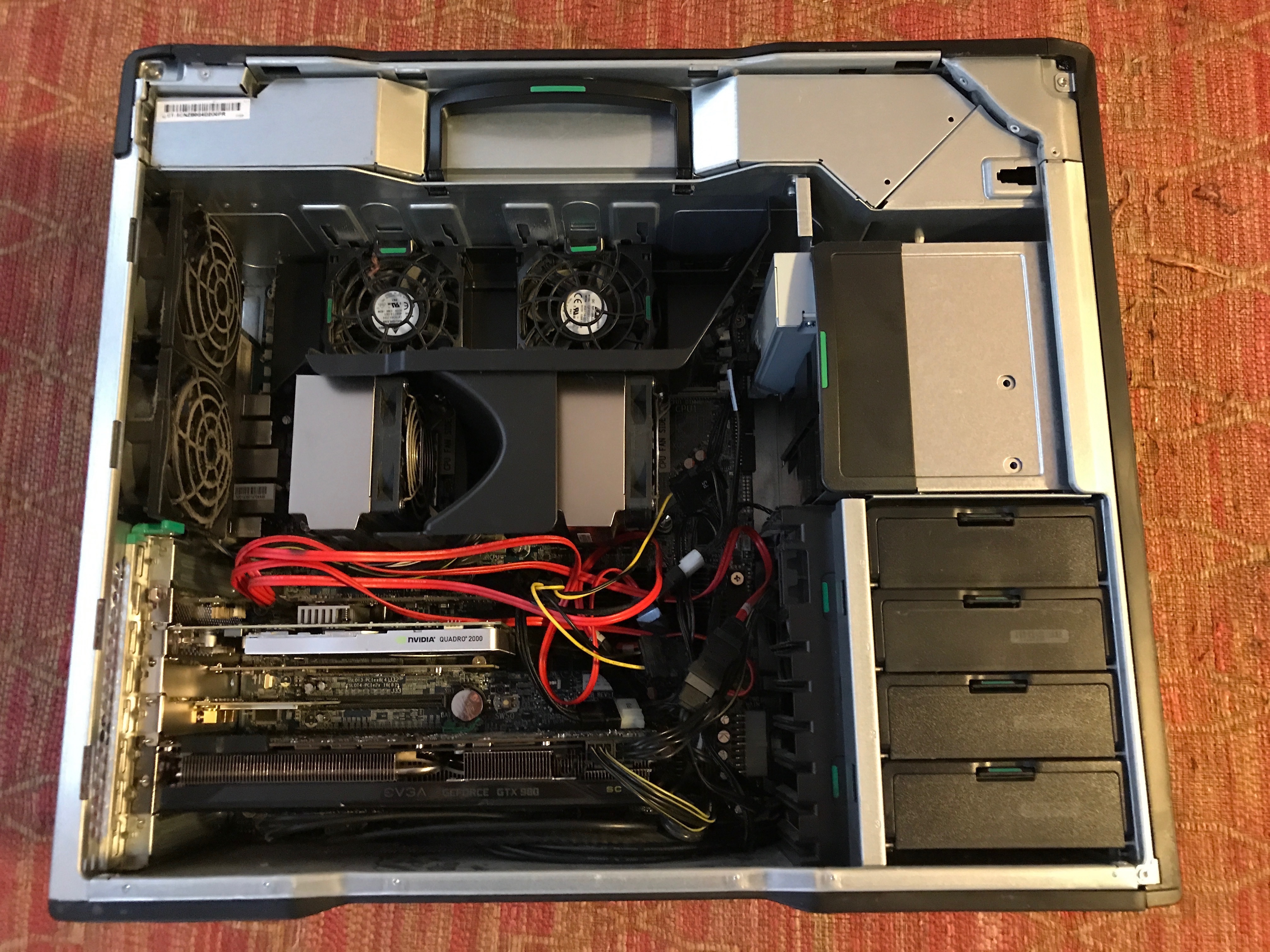 Nothing -- though along the way I managed to get a number of boot errors and the battery backup on the motherboard chose that moment to go out. Finally I went back to my search, and realized it just wasn't going to work.

The hardware tests I wanted to do with the NVMe board need some more software work, so for now I am going to leave things as-is. But at this point I think it's the end of the line for the Z800. I started building a part list for a DIY computer build, something I haven't done since 2003.

The above Asus motherboard can take a Skylake chipset, 10-core i9 chip from Intel and has dual M.2 slots built-in. I am going to try out a pair of Toshiba OCZ 256 GB cards and see if I can get the on-board SATA RAID controller to stripe across them for performance. The goal is to both have a fast boot & swap partition, but also to do some performance tests with Apache Kafka and very large memory mapped arrays for cryptocurrency marketdata capture -- so back to software for a while.